There’s some truth to having a remote brainstorming session. I’ve been having a weekly conference call with a brilliant colleague where we brainstorm on each others projects and progress. It has been indispensable to my business development. 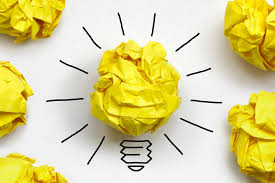 In the late 80’s, Peter Drucker predictedthat in the near future technology would play a central role in increasing the effectiveness of teams. Although he was right, teams have yet to experience the full benefits of technology. Yes, there is a great deal of talk about virtual teams and collaborative tools, but our ability to leverage technology in a way that consistently and systematically boosts team performance is based mostly on intuition rather than science.

Indeed, studies comparing the performance of matched groups on physical and virtual sessions indicate that the latter generate more high quality ideas and have a higher average of creative ideas per person, as well as resulting in higher levels of satisfaction with the ideas. As shown in meta-analyses, virtual brainstorming enhances creative performance – versus in-person brainstorming sessions – by almost 50% of a standard deviation. This means that almost 70% of participants can be expected to perform worse in traditional than virtual brainstorming sessions.

The advantages of virtual brainstorming have been attributed to three main reasons.

First, the fact that virtual brainstorming eliminates production blocking, the process where dominant participants talk too much, taking over the session and eclipsing their colleagues. This leads to cognitive overload and hinders creative idea generation in more introverted participants. In virtual brainstorming there is a clear positive relationship between group size and performance, whereas in traditional, in-person brainstorming sessions, things tend to get messy with more than six participants. Online, there are no real limits to group size: the cost of having 5 or 50 participants is nearly the same, and you actually save costs by allowing to people to work remotely and in dispersed locations. Thus virtual brainstorming is much more scalable, and each person you add has the potential to contributing a new idea to the mix.

Second, virtual brainstorming enables feelings of anonymity, since ideas cannot be attributed to a specific person. This reduces evaluation apprehension, particularly in less confident individuals who would underperform in traditional brainstorming sessions. Anonymity also means that ideas are judged more objectively. In traditional sessions, the process is as biased and political as in any other physical group interaction – the powerful people take over, and though democratic in theory, in fact decisions are driven by one or two powerful individuals. Conversely, when team members rate ideas anonymously and without knowledge of the author, politics are out of the way. An example of this is textsfromlastnight, a site that allows users to anonymously submit quirky text messages, which are then rated – good or bad – by other anonymous users. Organizations would do well to copy this process: have a live, real-time, virtual depository of ideas for new products, services, or processes, which can then be rated or evaluated by other employees, and perhaps even clients.

Third, if designed intelligently, virtual sessions can increase the diversity of ideas. In traditional brainstorming, being exposed to others’ ideas causes uniformity and regression to the mean: the most creative people will descend to the level of the group average. But by preventing participants from being exposed to each other’s ideas during the idea-generation phase, virtual brainstorming encourages participants to offer a wider variety of ideas. In line with this, studies have shown that individual brainstorming, where people write down a number of ideas on a piece of paper, often produces more and better ideas than group brainstorming. Virtual brainstorming preserves this mechanism while providing a searchable archive of ideas for the team to weigh in on later.

Thus virtual brainstorming retains the original postulate of traditional brainstorming – that teams can crowdsource creativity by curating the ideas they collectively produce in an informal, free-flowing, stream-of-consciousness, session – but overcoming the main, originally unforeseen, barriers.

Tomas Chamorro-Premuzic is an international authority on personality profiling, talent management, and people analytics. He is the CEO of Hogan Assessment Systems and a Professor of Business Psychology at University College London (UCL) and Columbia University.