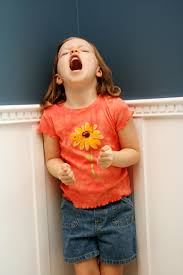 Thanks to Tim Ferris for these tips. I can attest that my productivity has blossomed following these guidelines.

From the MIT Technology Review The legalization of marijuana in some U.S. states has energy providers worrying that a boom in indoor growing could put a chronic drain on electricity resources.

In Colorado, where recreational use was made legal in January, construction of marijuana grow houses is taking off. Utilities there and in Washington state, along with academic researchers, are exploring ways to reduce the energy consumption and carbon emissions associated with this “indoor agriculture.” In grow houses, plants are nurtured under lights that mimic the intensity of the sun.

Legalization may ultimately mean that some growing moves outdoors. But grow houses protect crops from the elements, not to mention thieves.

Growing marijuana already consumes huge amounts of energy. The warehouses commonly used to raise the plants in large quantities use about as much energy per square meter as a high-end data center. One-third of the energy used in growing operations comes from the lighting; the rest is devoted to ventilation, heating, dehumidification, and air conditioning. Altogether, the practice accounts for $6 billion of electricity usage in the United States, according to Evan Mills, a researcher at Lawrence Berkeley National Laboratory, who published the estimate in the journal Energy Policy in 2012 (see “Startup Clamps Down on Energy Theft”).

“This is just a staggering amount of electricity,” says Bruce Bugbee, a professor of crop physiology at Utah State University. He says representatives from a utility in Washington have told him that they may need to build the equivalent of another Grand Coulee Dam just to supply energy to marijuana farmers.

Xcel Energy, one of Colorado’s biggest utilities, is already sending representatives into marijuana growing facilities, taking stock of their energy use, and developing a rebate program to encourage growers to switch to more energy-efficient technologies. “We know that grow-house operations vary tremendously in size and scope and how they run their operations, so we are in the midst of compiling data,” says Gabriel Romero, an Xcel spokesman.

While cutting energy consumption from lighting in homes is straightforward, typically involving little more than replacing incandescent bulbs with CFLs or LEDs, professional growers have more to consider. Tessa Pocock, a senior research scientist at Rensselaer Polytechnic Institute, has funding from the state of New York to investigate how varying the wavelengths of LED lights affects the way plants grow. She will study how different wavelengths can change the active compounds in what RPI, in a press release, calls “medicinal plants.”

There are other reasons why not all types of LEDs are a good option. This month Bugbee published a study that found that some LED grow lights, such as those sold by Hydrogrow and Lumigrow, are roughly half as efficient as the best LEDs in terms of the specifications that matter most to plants: the flow of photons produced per joule of electricity. What’s more, LEDs are expensive—for high-intensity lighting, other types of bulbs provide the same efficiency at half the cost.

Eventually, as growing marijuana becomes more accepted, some farmers may turn away from grow houses altogether. “I’ve visited growers in Colorado who’ve grown cannabis for 30 years and have always grown it indoors,” Bugbee says. “The most progressive growers have run the numbers, and instead of warehouses they’re starting to build greenhouses.” The plants may still be sheltered, but they’re open to view—and to the natural light of the sun.